When my son wanted me to buy him a toy robot I asked him if he would like to build one with me instead, he was so interested so I told him that it will be a car robot with two motorized wheels controlled from the phone over bluetooth and he needs to sketch the design then build it using Lego blocks. 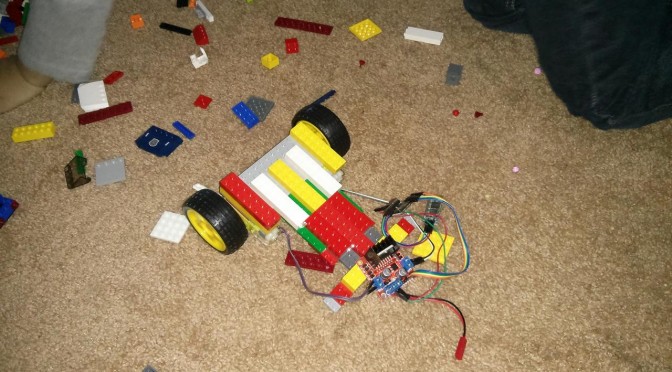 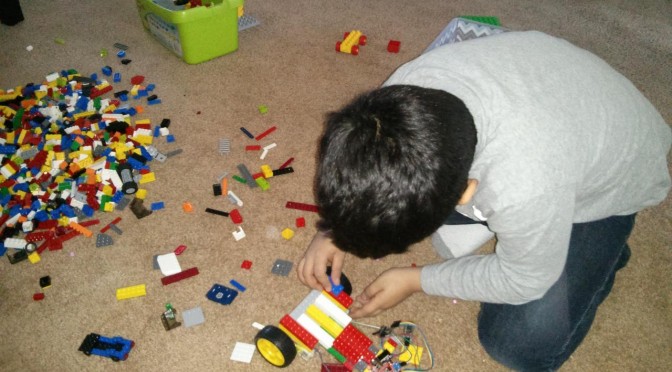 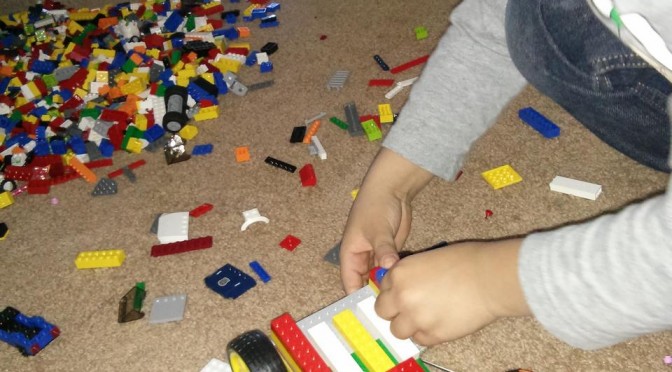 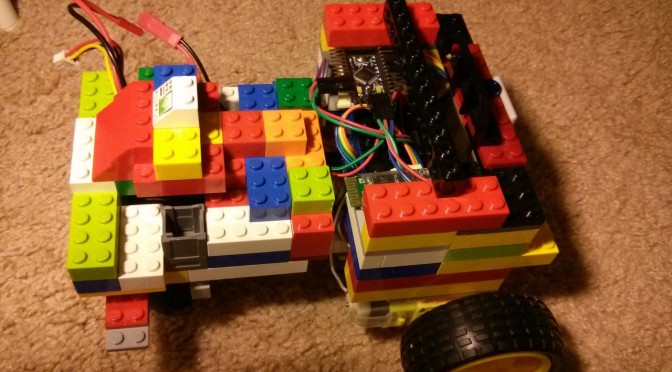 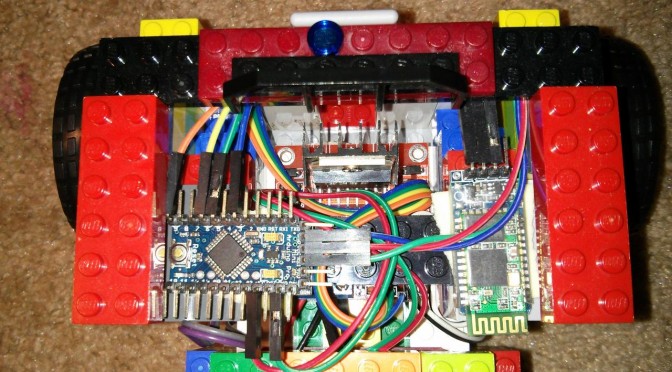 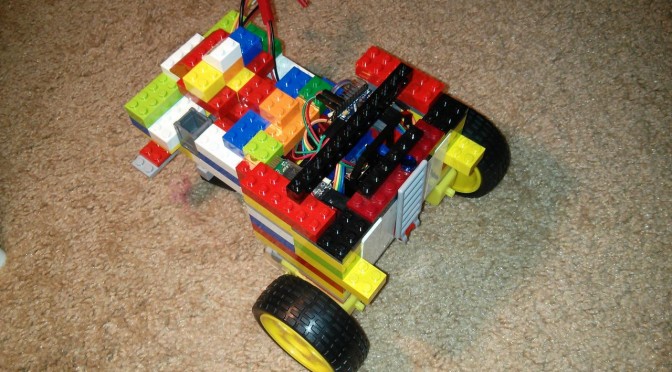 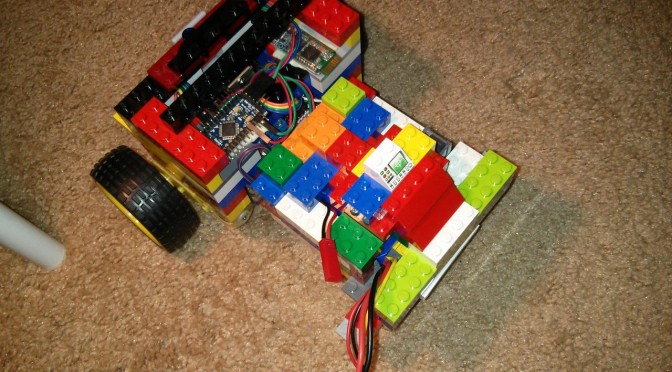 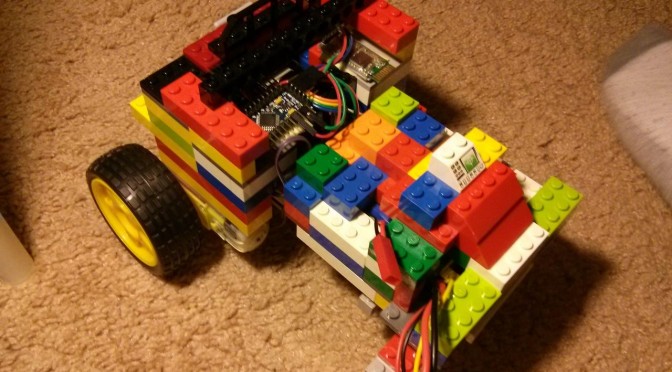 And this is the android app that controls the robot/car, each slider controls the speed and direction of each wheel (the link to the app and its source code can be found at the end of this post): 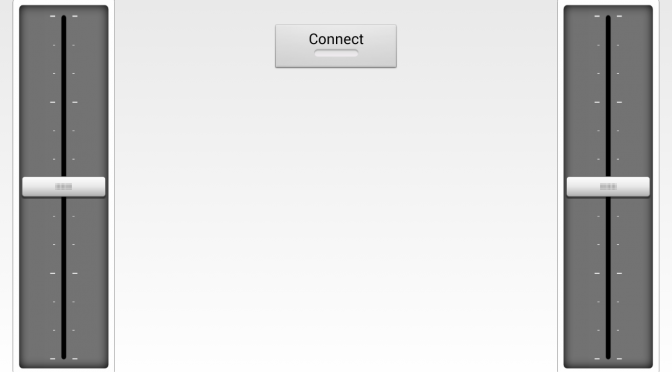 While he was busy with the sketches I started looking for parts, so I went to eBay and found these wheels 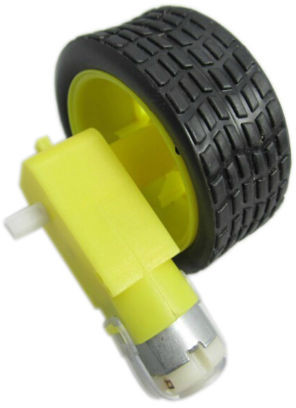 They come in two speeds, I ordered the slower one since it has more torque. These wheel will need something to control them since the Arduino micro-controller is not strong enough to drive them with enough current so wanted to build an H-bridge using transistors (which I have already) but I found a module based on the L298 chip which is very cheap and has a voltage regulator too, awesome. 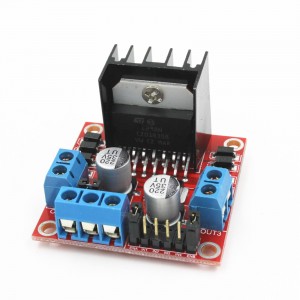 Next was the bluetooth module, and I went for the HC-06 which is easy to use and also cheap. 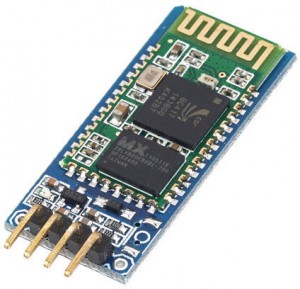 And finally is of course the Arduino board, I got the Arduino Pro Mini for its small size and low cost. 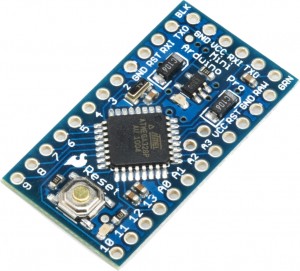 Even though I actually used the Arduino Uno for the development since it is much easier to upload the code and fix mistakes.

I got them all from eBay with the cheapest price I can get so some took about a month to arrive and I wasn’t in a hurry:

You will also need an Android Phone or tablet, any with Android 3.0 and up should do. Lego blocks or anything to use for the car body.

Here is a video we made showing how to use the app and explaining the car we built and its main parts: 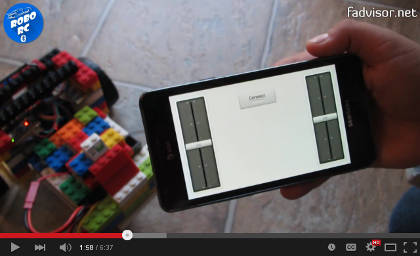 To get the Andriod app click on the Google play icon below: