Being a lucky Android user with the luxury of Wireless charging I thought about adding it to my car since I use it at home and love it. I have seen some charging pads for cars but that means you have to place your phone in a way which makes it unusable while I want it to charge while using the phone for navigation so the best place was the phone holder. So i bought one that allows me to place the phone near an A/C vent (so it will cool down the phone during long road trip when charging and using the navigation at the same time), I also bought a bare board Qi wireless charging board from eBay (~$3.6), you can also buy the cheaper round charging pads and take the internal parts, but the bare board uses better components which I though worth the extra dollar. 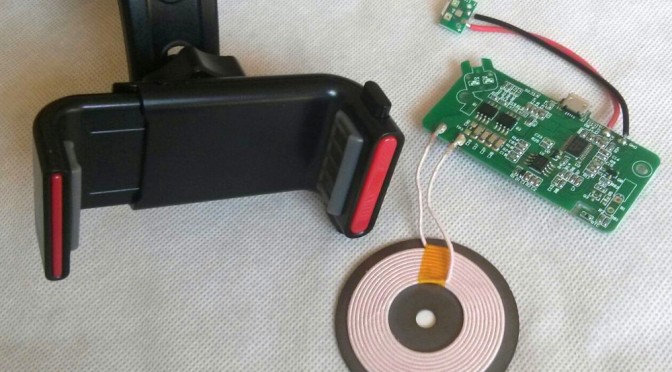 The board has two microUSB ports that can be used to power it, one is soldered on the board and the other one is connected through a relatively long wire which is useful in case I needed to have a hidden power cable running behind the phone holder (which I plan to implement in the future when time permits).

The next step was to spray the back of the PCB board and the inductance coil with a color that matches my phone holder. 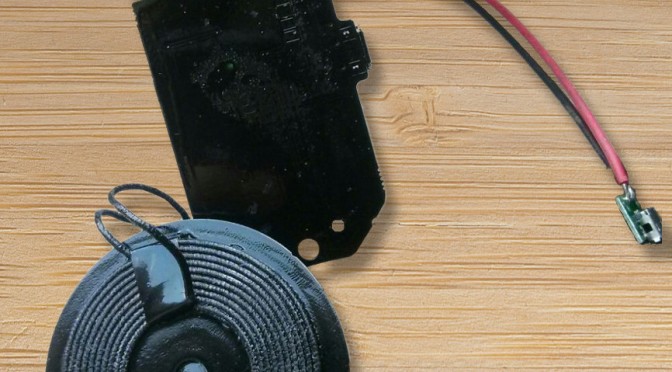 I had to trim the PCB board a little to make it smaller, so I used my rotary tool to cut a little bit of both ends that has no traces on them. I also rerouted one of the inductance coil end to go through the middle hole instead of crossing over the other wire then with hot glue and double sided tape I put all parts together. 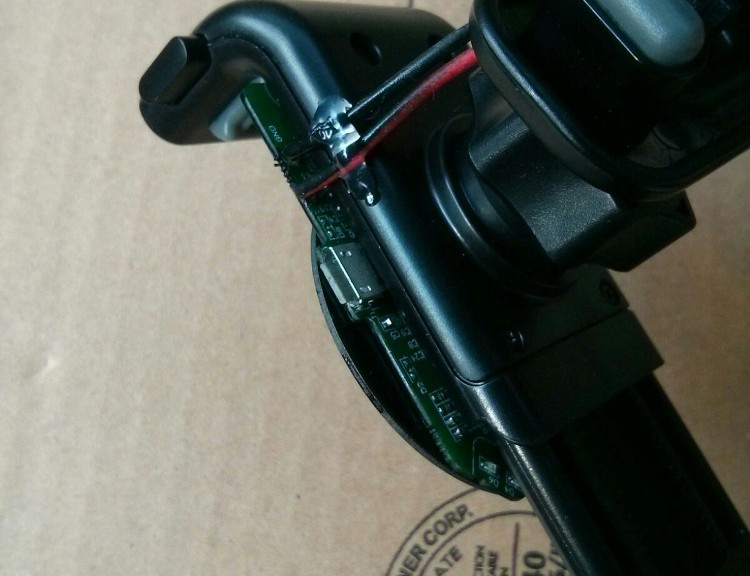 I used hot glue to fix the board to the phone holder with the components facing the phone mount, and used double sided tape to attach the inductance coil to the smooth back of the PCB board. 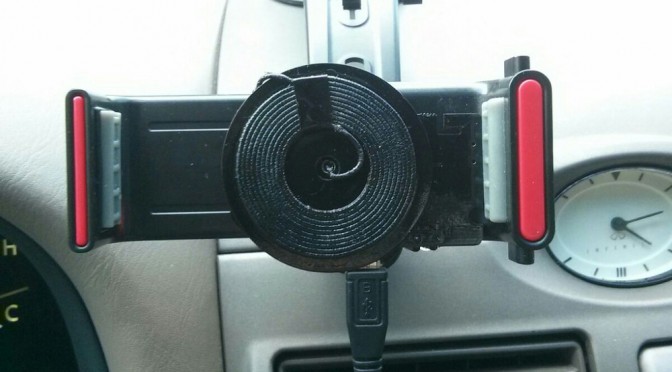 Now I have a phone mount with Qi wireless charging capability.